The City of Riverside is pleased to present the adopted two-year budget for the fiscal cycle that begins July 1, 2022 and ends June 30, 2024. The City’s budget is not just a set of numbers – it is a policy document that sets strategic priorities developed in the context of a comprehensive five-year financial plan. Through the budget and five-year financial planning, the City of Riverside strives to promote transparency, taxpayer accountability, and fiscal strength.

We are proud to note that the City’s budget documents are consistently recognized by national organizations as reflecting the City’s commitment to meeting the highest principles of governmental budgeting, with the budget serving as a policy document, a financial plan, an operations guide, and an effective communications device. 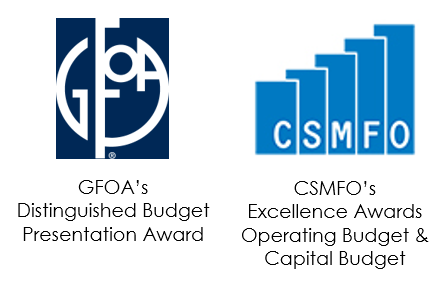 In December, a dialogue started with the Budget Engagement Commission and Financial Performance and Budget Committee, followed by input from other City commissions and boards in March and April. Through these public meetings, input was solicited and questions were answered. A proposed budget document was then presented to the City Council. The budget must be approved by the City Council by July 1.

Operating Budget: The City's Operating Budget is a flexible spending plan which serves as the legal authority for departments to commit financial resources. The budget sets forth a strategic resource allocation plan that addresses the City Council’s Strategic Goals. The Budget is a policy document, financial plan, operations guide, and communication device all in one. Through this document, the City demonstrates accountability to its residents, customers, and community-at-large.

The operating budget details the funding for the day-to-day operations and obligations of the City for each specific fiscal year, including costs for personnel, vendors and contractors, utilities, building maintenance, and debt payments. Every effort has been made to present the budget document in a user-friendly format with emphasis on trends and written explanations.

Capital Improvement Program (CIP): The City of Riverside prepares a CIP document, which is different from the Operating Budget document, but the two are closely linked. The CIP is used as a planning tool to align capital project requirements to the financial sources that will support their realization and the timeframe in which both financing and work will take place. The first two years of the CIP are referred to as the capital budget and consist of the planned expenditures for the first two fiscal years in the CIP. The Capital Budget is part of the Biennial Budget, which appropriates funds for specific programs and projects.

A capital project typically involves the purchase or construction of major fixed assets such as land, buildings and any permanent improvement including additions, replacements and major alterations having a long life expectancy. Additionally, capital projects may apply to:

1.    expenditures which take place over two or more years and which require continuing appropriations beyond a single fiscal year;

2.    systematic acquisitions over an extended period of time or

3.    scheduled replacement or maintenance of specific elements of physical assets.

Generally, only those items costing $20,000 or more are considered as capital projects. For informational purposes, capital projects are also referred to as capital facilities, CIP projects and capital improvement projects. The five-year CIP is reviewed annually to enable the City Council to reassess projects in the program.

The FY 2022/23 Master Fees and Charges Schedule includes all fees and charges previously approved by Council action or proposed for approval through May 17, 2022, and excludes fees no longer being charged.

The City’s Operating Budget and Capital Improvement Program documents, in partnership with the City’s Budget Transparency Portal, advances our commitment to be more transparent and accountable to the Riverside community. These valuable tools aid the community’s understanding of the infrastructure priorities, successes and challenges that face our City in the upcoming fiscal cycle.

Throughout the fiscal year, the Budget Office prepares and presents quarterly Financial Reports to the Budget Engagement Commission and City Council. These reports detail the year-to-date financial performance of the City’s major funds (General Fund, Measure Z, Electric, Water, Refuse, and Sewer) and summarize the year-to-date financial activity of items funded by Measure Z. At that time, the community learns about areas of fiscal concern that may influence the City’s financial health as well as budget adjustments or supplemental appropriations that may be recommended and approved. The community can learn about the budget, quarterly reports and other areas of the City’s finances by attending meetings of the Budget Engagement Commission, Financial Performance and Budget Committee, and City Council either in person or online, or watching recordings of past meetings.

The City continued its implementation of Priority Based Budgeting by updating program inventory, updating program costs, and scoring programs’ alignment with the City’s strategic plan. The PBB methodology was utilized to identify potential new revenue sources or reallocation of existing resources toward funding critical needs. However, it became apparent the implementation of the insights would not be timely enough to produce resources for the FY 2022-2024 budget, therefore the formal proposal and implementation of insights will be pursued separately of the budget development process.